Events 8th of March with congrats 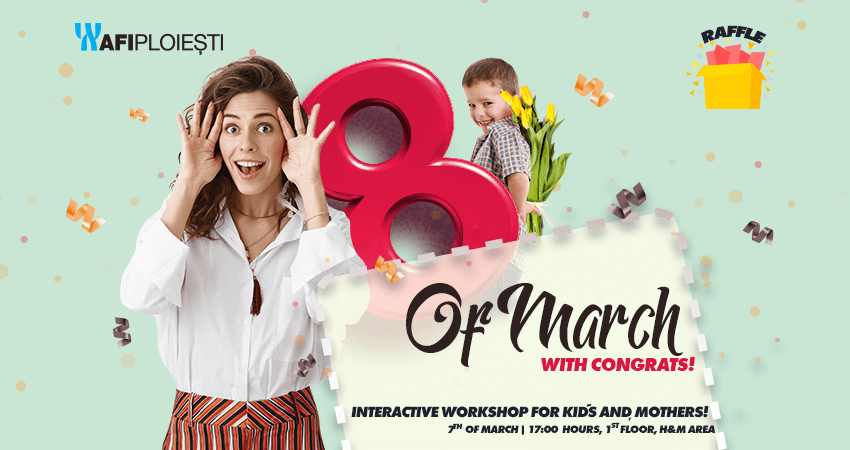 8th of March with congrats

At AFI Ploiesti, spring comes with surprises for a special person: Mother! What a simple word … what a wonderful meaning!

On March 7th, AFI Ploiesti invites the children to an workshop where they will create with their hands and with much love, cards for Mother’s Day. We are waiting for you in AFI Ploiesti with the little one, to receive their sincere love and you have the chance to win a special prize at the raffle of the event: a special floral arrangement!

The workshop is dedicated to children over the age of 4 and subscriptions are made to e-mail office@adboutique.ro with prior confirmation. Maximum number of registrations allowed in the event: 30 entries

The event is organized by Loredana Chelba and hosted by AFI Ploiesti.

Come to AFI Ploiesti to enjoy a special day with the little one on your birthday!

8th of March with congrats