Events A tale from our history 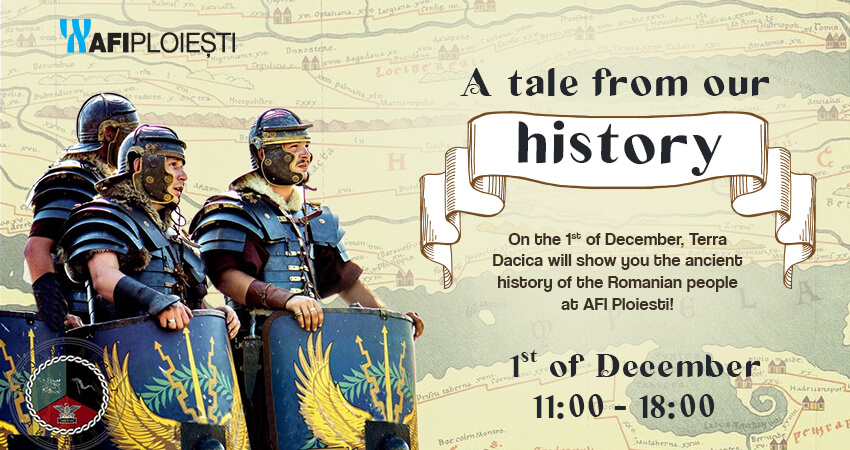 A tale from our history

On the 1st of December, Terra Dacica will show you the ancient history of the Romanian people at AFI Ploiesti!

The Dacians and Romans from Terra Dacica will put take you on an interactive story and show you the most interesting things about the life and battles of our ancestors starting at 11:00.

You will be able to attend demonstrations of the battle formations used by the Roman legions, be able to participate in interactive workshops and you will find out more about the customs of the two peoples!

You will also be able to admire exhibit pieces created through ancient techniques left behind by the Dacian tribes!

Rediscover the history at AFI Ploiesti!

A tale from our history