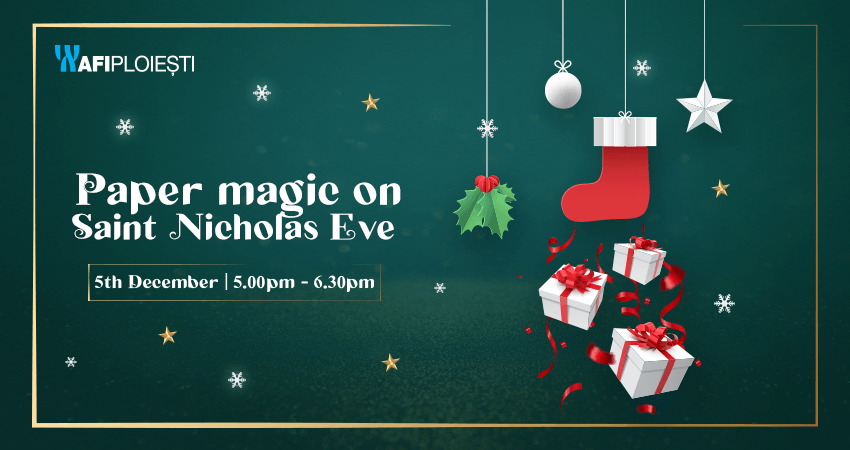 This year, at AFI Ploiesti, the traditional Saint Nicholas boots will be replaced by origami boots made with love by children’s skillful hands.

On Saint Nicholas Eve, AFI Ploiesti will be filled with a fairytale atmosphere during the Origami  workshop where children will learn to create paper objects through special origami folding techniques and at the same time stimulating their memory, patience and concentration. The activity breaks will be reserved for stories and drinking orange tea and gingerbread cookies.

The registrations can be made by sending an email to office@adboutique.ro. Limited places are available.

Join us on 5th of December, between 5 p.m and 6:30 p.m, at the event ” Paper magic on Saint Nicholas Eve!” at AFI Ploiesti, in the Cinema City area.

Event organized by Loredana Chelba and hosted by AFI Ploiesti.