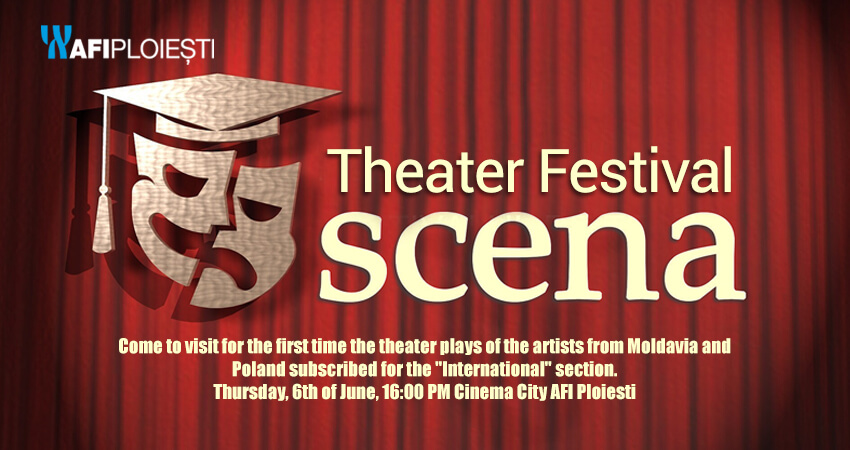 The first part of the “SCENA” Theater Festival, reached the seventh edition and will take place at AFI Ploiesti. We invite you on Thursday 6th of June at 16.00 o’clock at Cinema City Hall 1, where you will be able to watch two theater plays, subscribed to the “International” section, belonging to artist from Moldavia and Poland. Subsequently, for half an hour, in AFI Ploiesti – Cinema City area, a workshop will be organized in which artistic themes will be debated.