AFI Ploiesti launches image campaign #peoplelikeus, whereby it wants to get closer to the needs of people form Ploiesti, by highlighting the connections between the members of the community and the experiences granted by AFI Ploiesti.

Regardless of their wishes, customers find everything they need in AFI Ploiesti: extra leisure coffee shops, with delicious cakes and energy drinks for animated conversations; restaurants and food court with appetizing options, both for Mondays when you are on diet, but also for Sunday afternoons when you want to give way the temptation of a burger or a cake; state-of-the-art gym with well-trained trainers to remove the guilt of a hearty meal; clothes, shoes and accessories are never enough, and AFI Ploiesti has available a lot of stores to choose from, both for women, and for men or kids. 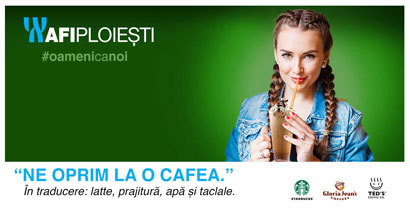