Events Cappuccino with stories, on bicycle! 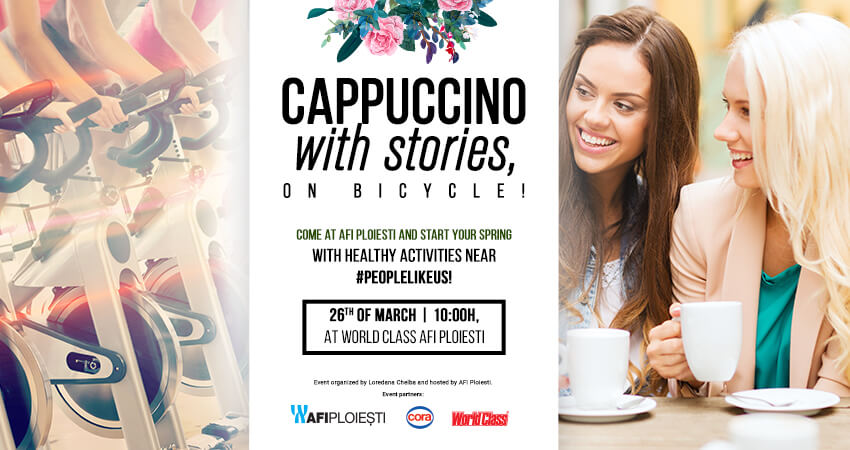 Cappuccino with stories, on bicycle!

At AFI Ploiesti, spring comes … on a bike!

Because spring is the season when everything comes back to life, AFI Ploiesti has prepared for you a morning with sport and immediately after, a networking session with #peoplelikeus.

We are waiting for you on March 26th at 10.00  o’clock at World Class AFI Ploiesti for an hour of cycling with Loredana Chelba and immediately after a cappuccino session.

Subscriptions are made by private message on Facebook’s page by Loredana Chelba.

At AFI Ploiesti, spring begins with health and spoil!

Cappuccino with stories, on bicycle!