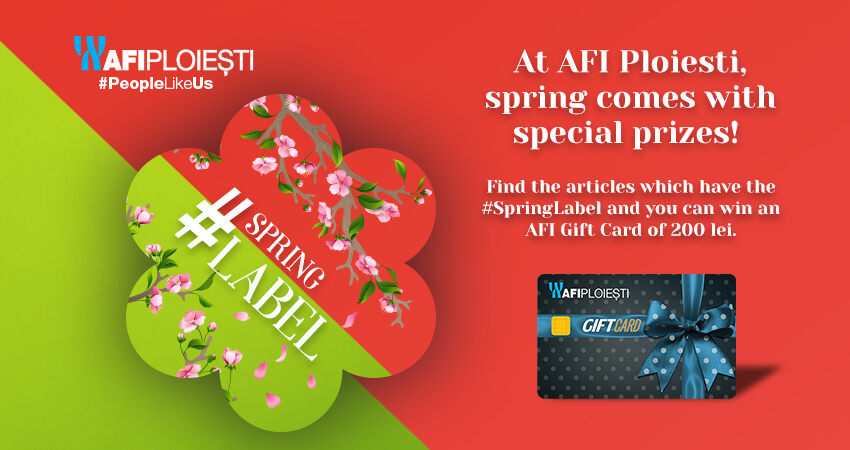 At AFI Ploiesti spring comes with gifts for the whole family!
Start searching for the articles which have attached the #SpringLabel from AFI Ploiesti stores and you can win an AFI Gift Card of 200 lei.To win this AFI Gift Card, you need to follow the below steps:

1) Find the stores from AFI Ploiesti stores which have on the windows the #SpringLabel;

2) Find the articles with #SpringLabel, make a picture with the article and the label, according to the instructions on the back of the label;

Success in finding the spring labels!