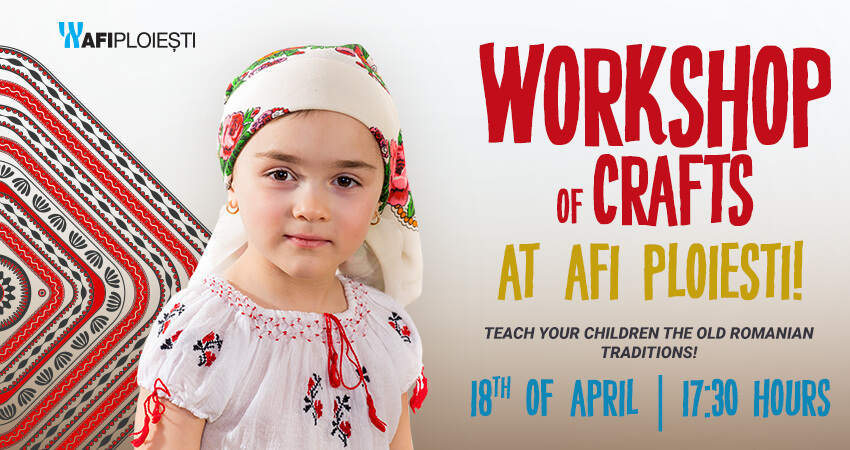 Workshop of crafts at AFI Ploiesti!

At AFI Ploiesti we continue with the Romanian traditions, along with # Crafts School.

We invite you and your children to AFI Ploiesti, for an interactive workshop where they will learn the secrets of some of the old Romanian traditions. We will try to show them the love for traditional Romanians crafts, how to create some old traditional shoes, named laced moccasin.

Come on Thursday, April 18, at 5:30 pm at H & M area floor 1 of AFI Ploiesti, and you will participate in a demonstration of how to create some old traditional shoes, named laced moccasin, from different parts of the country. Each participant will be able to create his own traditional Romanian traditional shoes, which they will keep as a reminder from this workshop.

Because we want you to relax, leave the little one at the workshop and come to Illy Caffe from AFI Ploiesti where we prepared a surprise for you! Find out more details at the event.

Workshop of crafts at AFI Ploiesti!